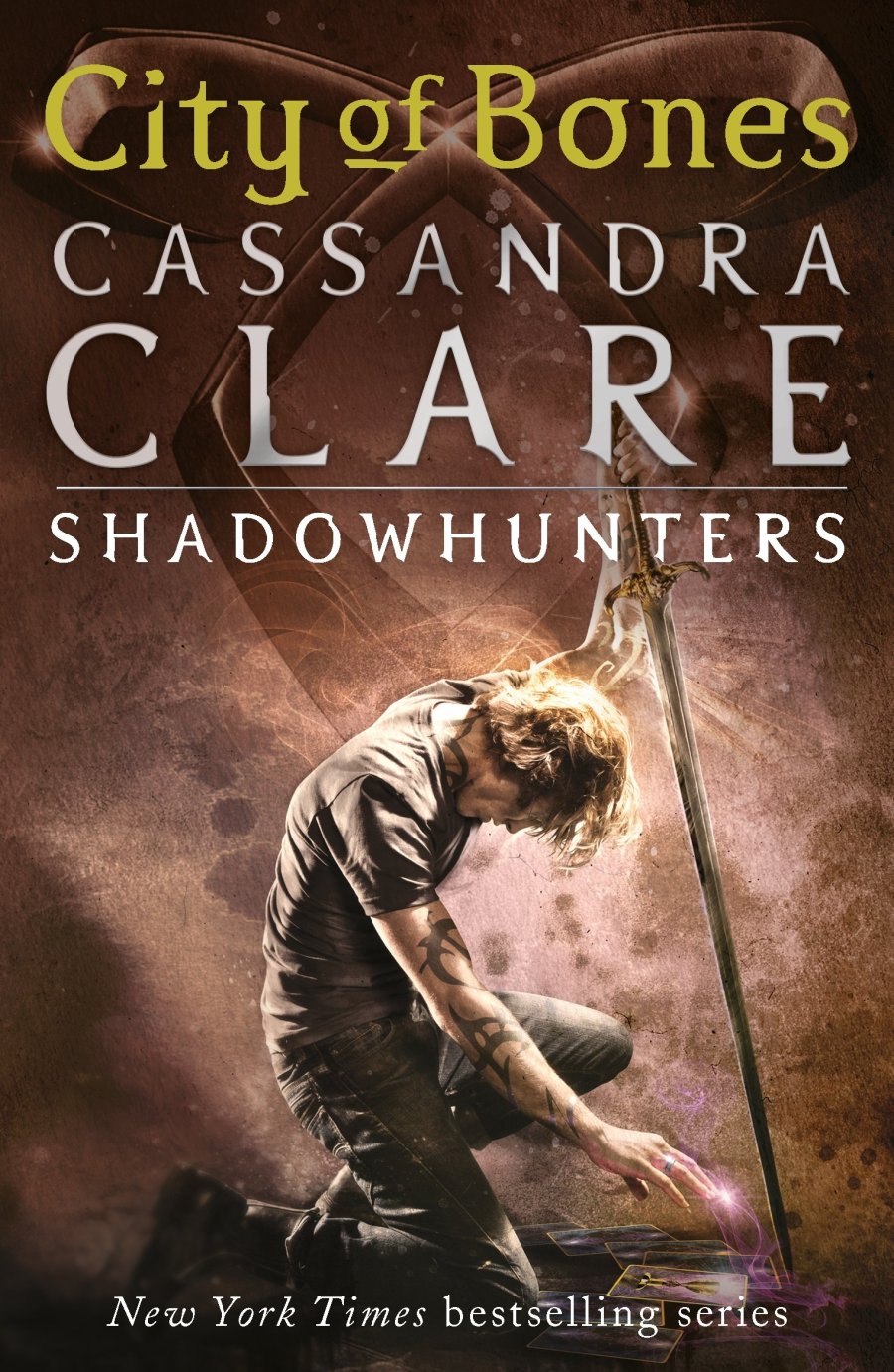 City of Bones introduces us to Cassandra Clare’s world of the Shadowhunter. A world where demons, vampires, werewolves and who knows what else really exist. In fact, all the stories are true.

This is the story of Clary Fray, a seemingly normal teenage girl who begins to see things that she never believed were real. Then, she meets a strange boy, her mother disappears and she is attacked by a demon. Set against the vibrant background of New York City, things only get more exciting from there.

City of Bones became book #8 on my 2017 Reading Challenge list, a book someone else recommended to me. It is also the first on my Year of the Series “rainbow” list. I was first turned on to this series when my sister took me to see the Mortal Instrument movie when it came out a few years ago.

While it’s taken me awhile to get around to reading it, I finally did, and I loved it. The characters are interesting, yet flawed, and I found myself caring what happened to them. The pacing became so frantic, I couldn’t bear to put the book down, and even found myself tripping over the words in an attempt to read them faster.

All that, and I still found it a little too easy to set the series aside and move on to the next one on my list. Why? About two-thirds or so through the book, Clare includes a chapter where one of the characters, a father figure to Clary, fills her in on the personal background her mother has kept hidden from her for fifteen years. While Clary definitely needed to know all this information, this chapter didn’t just slow things down to a whew-let-me-catch-my-breath sort of pace and then quickly move on again. For me, it slammed on the brakes and nearly lost me the story.

I didn’t give up on the book, however, and it ends just as beautifully as it began. I still feel heavily invested in these characters and I won’t abandon the series. In fact, I’m already reading City of Ashes, though it isn’t my top reading priority at the moment.

2 thoughts on “City of Bones, by Cassandra Clare: A Review”