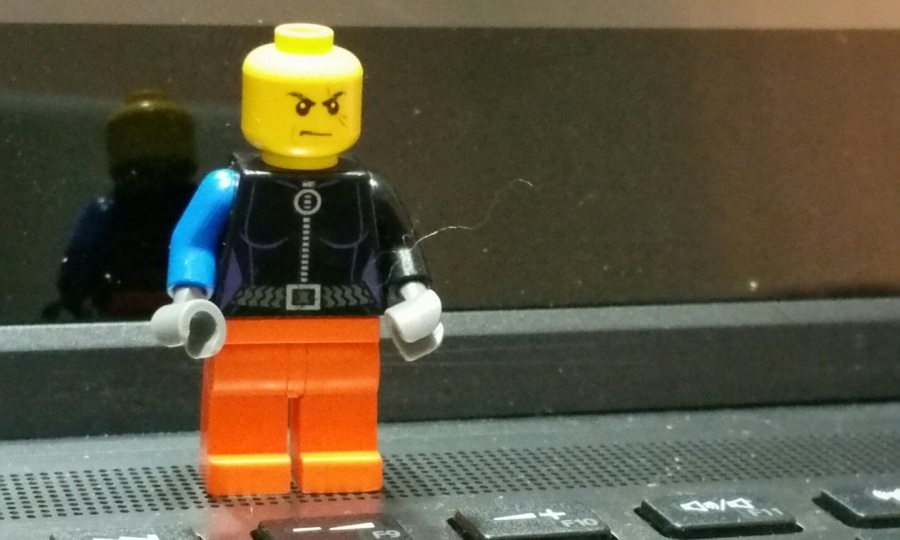 This morning, my youngest son ran toward me, screaming in terror. Following close behind him was the biggest one trying to catch him and shouting angrily about something I couldn’t quite understand. I stepped between them in order to keep one from pummeling the other before I could determine the cause of the conflict.

I found out the crisis was over a Lego piece smaller than the tip of my smallest finger. The youngest had the right of current possession, but the oldest claimed a prior ownership. He played with it yesterday, or possibly the day before that. In his six year old mind, if he touched it once, it belongs to him. But of course, the three year old is of the opinion that he found it abandoned, and it is now his by right.

As a parent, this is an ongoing struggle as I try to show my children a proper response to conflict, to teach them the values of sharing and unselfishness. I am faced with resolving this conflict in such a way to impart fairness and justice. I must decide who the Lego now belongs to. Before World War Lego breaks out in earnest.

Any parent of more than one child knows the struggle of trying to mediate between siblings and settle the multitude of conflicts that arise on a daily basis. And we struggle to teach our children how to resolve their own conflicts. They learn this skill from observing us, the parents, in how we resolve our own conflicts.

What then, is conflict? And how do we resolve it? I found this description on livestrong.com:

Conflict is a natural, everyday occurrence between children.
(Conflict Between Children, by Barbara Sorensen)

In truth, it is an everyday occurrence even between adults. After all, as humans, we are born with the natural inclination to seek out self-interests, often in conflict with others. We are greedy, selfish and we lust after power and control.

When I went looking for a definition of human conflict, I found nothing that summed it up quite so well as that of James in his epistle to Jewish Christians of the first century:

What causes quarrels and what causes fights among you? Is it not this, that your passions are at war within you? You desire and do not have, so you murder. You covet and cannot obtain, so you fight and quarrel. (James 4:1-2 ESV)

In the midst of this crisis this morning, I realized it is in a way a microcosm for conflict on a much larger scale. On a global scale, even.

Take, for example, the triggering event of World War I. Though it was certainly not an insignificant event, in the greater scheme of things, it was a small event. The assassination of Archduke Franz Ferdinand of Austria-Hungary sparked fire to the dry tinderbox that was Europe in 1914. Increased tensions and ongoing, unresolved conflicts turned a small, local event, tragic as it was, into a global mess.

This, of course, is only one example of many in a seemingly endless world conflict. Are we any better at arbitrating conflict as adults? Should we step into the middle of someone’s conflict in order to determine the cause? Can we truly decide on behalf of another what is significant and what is not?

I think that, no, we cannot adequately resolve conflict on any level if we are still at war within ourselves. Where there is greed and selfish ambition, conflict will inevitably arise. And compromise is doomed to failure unless both sides of a conflict can achieve a level of selflessness.

In my home this morning, World War Lego was averted. For now. Not without unhappy tears being shed by one party. And it is an uneasy peace, for where humans exist together, there will be conflict.